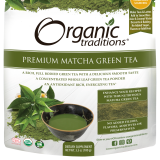 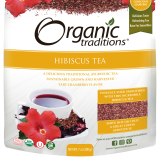 Yacon is a root indigenous to the Andes of Peru and Bolivia. Also known as the Peruvian Ground Apple or Sunroot, it has been prized since the Incan civilization as a pleasantly sweet tasting tuber. A close relative of the Jerusalem artichoke the tubers sweet taste is mainly comprised of FOS or Fructo-oligosaccharides. Fructo-oligosaccharides are a type of dietary sugar that the body does not metabolize. These indigestible carbohydrates support the growth of beneficial bacteria in the colon without a significant impact on blood glucose levels. As a prebiotic, Yacon aids in supporting gastrointestinal health and maintaining the optimal growth and balance of beneficial bacteria. Organic Traditions Yacon Syrup is made from the tubers of the Yacon root through a proprietary low temperature mechanical process without solvents or chemicals used. This low temperature process not only ensures that the Fructo-oligosaccharides are not degraded, but that the syrup has the most natural and delicious taste. Yacon Syrup is a light amber colored syrup with a delicate, sweet floral taste. It is the most incredible natural sweetener you have ever tried. Yacon Syrup is a healthy substitute for other conventional sweeteners such as sugar, honey, agave and maple syrup. Not as sweet as conventional sugar, Yacon Syrup has a delicately sweet, floral taste. There are no additives, colorants, flavors or additional sweeteners added, just 100% pure yacon syrup.