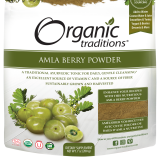 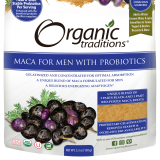 Ashwagandha is also known as The Indian Ginseng because its actions and uses are similar to those of Chinese Ginseng. As an adaptogenic herb, it is one of the most commonly used roots in Traditional Ayurvedic Medicine for increased stamina. It has also been traditionally used to promote a calm mind and encourage restful sleep. It is extensively used in India as a daily tonic and home remedy. Its Sanskrit name means that which imparts the strength of a stallion, a name that suggests one of its traditional usages as a traditional Ayurvedic rejuvenative tonic for strength, energy and vitality. According to the energetic principles of Ayurveda, Ashwagandha is bitter, astringent and sweet in the Rasa taste energy, heating in action according to Virya and balancing for Vata and Kapha constitutional doshas, with a potential to aggravate Pitta in those with excess Pitta energy. It is considered a wonderful daily herb to support general well-being, vitality and health. As one of natures most revered botanticals, Ashwagandha has been used for centuries as an important herbal remedy in Ayurvedic Medicine. Our proprietary full spectrum process gently extracts the full array of phytonutrients using a combination of supercritical and hydro-ethanolic extraction, offering the complete signature of the herb in its most potent and pure form. No harsh chemicals, solvents or high heat are used in the process ensuring optimal stability and the complete profile of protective therapeutic benefits as nature intended. This semi-soluble powder can be taken with water or added to any beverage or smoothie recipe. Use ?-? teaspoon.